Message From The Director

We Are Strengthening Our Future 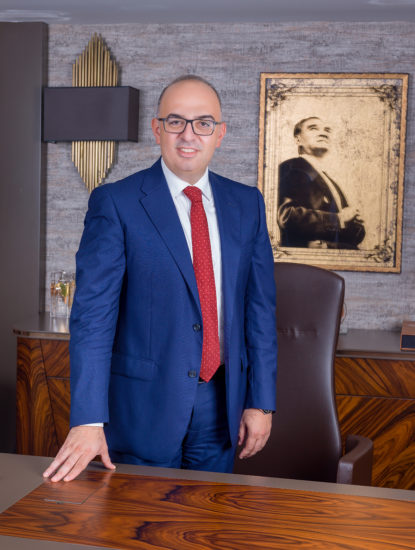 As the director of Istanbul Seismic Risk Mitigation and Emergency Preparedness Project (ISMEP), it is an honour for me to share this publication with you. ISMEP, which is the first risk mitigation project conducted in our country, is one of the most successful examples of its kind not only in Turkey but also worldwide. I hope that this study will convey to you the targets and outputs of the project which is conducted in order to mitigate the risks of the future Istanbul earthquake.

Our project, of which details you will read within the following pages, involves the essential components of increasing the preparedness capacity in case of an emergency, risk mitigation in priority public buildings and implementation of the building codes. Within the scope of this project which we announced to the citizens of Istanbul with the motto “Safe City, Safe Life”, we trained 1.6 Million people and 265,134 citizens have volunteered in the “Safe Life Trainings.” Approximately 6 Million pieces of training material has been shared with the public.

The number of reinforced or reconstructed schools are planned to be 1484 by the end of the year 2020 and thus, over 1,6 million students now receive education in safer schools.

This is not all that has been achieved with our project which aims to make Istanbul a more resilient city on both individual and institutional levels. We have made significant progress since February 2006, when we began our endeavours.

We execute our works in line with the principles of the modern disaster management, by following the international developments closely, using an integrated structure in which all the partners and sources are actively involved and improve these endeavours so that they follow a community based approach.

This project is supported and contributed by institutions and organizations by a great number of people in the background. I would like to thank everyone who has shared our enthusiasm for Istanbul, the city whose future we are strengthening.